This opinion was formed prior to Crypto investing. I remember watching IPO launches on CNBC or seeing investment rounds on AngelList and realizing that those early investors have the biggest gains and advantages. I would read these articles, or watch investment shows, then I would search how to invest myself. I learned that it was only for wealthy people, or accredited investors, who were considered “sophisticated” 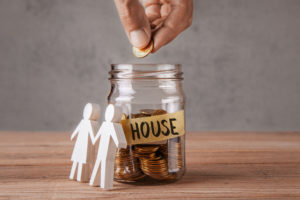 because they had wealth, and theoretically less risk. I thought that this made the playing field uneven. After all, giving early investors the best deals and best returns is a big advantage. I didn’t really give it too much thought all those years ago, because that is just the way it was and I had other things to focus on.

Crypto sparked my thoughts again on the Accredited Investor Standard. While I never agreed with it, I now want to take more of a stand and speak out. Crypto makes it glaringly obvious that people like myself would have missed a lot of wealth, opportunity, and money had many early crypto tokens and ICOs been banned for US investors, like they are now. Many people who “got in early” were average people who never would have met the accredited investor definition. Yet many of these people understand crypto more than your traditional fund or accredited investor. So who is more sophisticated in the case of crypto? The early and curious tech adopter obviously knew much more and was probably more “sophisticated” in all areas except wealth. Some will argue that a non-accredited person, like myself, took more risk because they don’t have the cushion in case everything goes bad or its a scam. But isn’t that life? Everyday in the United States people gamble, start a business, get lottery tickets, buy penny stocks, bet on games, max out credit cards, take risky mortgages apply for student loans, etc.. Many of those things carry as much risk, I would argue, as investing in tokens or Cryptocurrency.

I would not have been so interested or passionate on this topic if I could not have invested or taken some risks with my money in crypto. If blocked out I would have had some interest but no skin in the game, no incentive to dive in and learn the crypto markets, just like someone learning about the Biotech, Forex, Oil, or ETF markets. It helps to have some sort of investment or stake to dive further down the rabbit hole.

If, from the start, cypto was only allowed to the accredited investor many of you reading this blog would not be here and as interested as you are. Of course we all could still be early and buy some tokens on the open market, just like stocks. But the ICO gains, were for the most part, insane in 2017 and probably unmatched. We also have many tokens still missing from US exchanges that returned large profits. US investors or traders not only have to worry about losing out on ICOs but also try to figure out how to purchase crypto from around the world and wonder if they are breaking rules. All of this leaves this large group of “average joes” behind, or at a disadvantage to those with the wealth to get around all of the rules and regulations.

There are others out there who also realize that this current set of rules is leaving many out….

Reminder: US accreditation laws are legally upheld rules that prevent those without prior financial wealth from investing in the highest-earning investment opportunities.

This is the definition of the rich getting richer.

Here is a more formal definition of Accredited Investor from Wikipedia: “In the United States, to be considered an accredited investor, one must have a net worth of at least $1,000,000, excluding the value of one’s primary residence, or have income at least $200,000 each year for the last two years (or $300,000 combined income if married) and have the expectation to make the same amount this year.”

I plugged that income into some online calculators for 2017 and a single person in the United States making $200,000 annually was percentile 93% and a household making $300,000.00 annually was percentile 97%. So if you are in the top 7% of people you could invest in many of these IPO, ICO, and other early stage investments, otherwise you could not. My guess is many of you reading this are not in that %, if you are congratulations! I believe in making money and succeeding, so I hold no ill will towards people who make money and do well. However I also believe in an even playing field for investing in new opportunities like Crypto.

So what is the accredited investor solution for the average joe, or is there one? I think that there is a solution and some of us are going to have to make our voices heard to affect change. Some of these rules came about because of serious abuses and scams, and that is understandable to a point. But I also think some people ruin things for everyone else, so people complaining when they make bad investments is part of the reason we have some of these rules. People take risks (many knowing that they are risks) but then lose money and cry that they had no idea. So lawmakers step in and say, ok we will protect you from that bad investments, you cannot offer these investments to people who are not wealthy because they are too simple to understand such things. I am sure the advantaged people love these rules because they profit even further with less competition, and the simpletons (all of us) just stand around and say oh well, thems the rules…

If interested, here is the abbreviated history of the accredited investor standard in the United States. If you are not interested then just scroll down to keep reading. There is a longer research paper, that this is from located here I recommend reading if you have the time.

B. Regulation D and the Accredited Investor Standard
In order to provide more clarity to issuers and investors the SEC
sought to interpret the Ralston Purina decision through the use of an accredited
investor standard. In 1974, the SEC adopted Rule 146, which required
that investors be financially sophisticated enough to be offered
private placements based on their knowledge and experience, capability of
evaluating the risks and merits, and ability to bear the economic risk of the
investment.27 Special attention was paid to whether investors could afford
to hold their investments for an indefinite period, and if they could afford
a total loss.28 Borrowing from Ralston Purina and its progenies, the rule
also required that the issuer believe that the offeree have such knowledge
and experience in financial and business matters that he is capable of evaluating
the risks and merits of the prospective investment.29
Though meant to be an objective standard, Rule 146 still suffered from
several problems. In 1980, Congress included amendments in the Securities
Act to provide incentives for small businesses.30 The statute contained the concept of an accredited investor and specified institutions that may
qualify. Additionally, Congress used the opportunity allow the SEC to further
expand on the definition by considering a person’s “financial sophistication,
net worth, knowledge and experience in financial matters, or
amounts of assets under management.”31 By this time, lawmakers had begun
to abandon the difficult factor driven test, in favor of a more brightline
concepts. The SEC used this rule making authority to create Regulation
D. The regulation allowed private placements to be offered based on
three exemptions – Rule 504, 505, and 506.32 Both Rules 505 and 506 limited
the offering to 35 purchasers.33 However, in the counting procedure
for purchasers, accredited investors were excluded.34 Combined with the
unlimited capital raises allowed under Rule 506, issuers could raise a virtually
indefinite amount of funds through a limitless pool of purchasers, as
long as they were accredited investors.
An accredited investor, defined in Rule 501 of Regulation D, includes
institutional investors, insiders, as well as individuals.35 Specifically, an individual
can qualify as an accredited investor if their net worth exceeds $1
million, excluding the value of their primary residence.36 They can also
qualify if their income is above $200,000 in the past two years, with the
expectation that it will stay stagnant in the current year.37 Finally, the test
was revised to include a spouse’s income, expanding the threshold to
$300,000 in annual income.38 These tests were presumed to ensure that
accredited investors possessed the requisite sophistication to comprehend
the risks and benefits associated with their investments.39

There is currently a bill working through Congress that expands the accredited investor definition. However I don’t think it does enough and is going to be a pain to work through for companies and others offering private placements, crypto or otherwise. It also seems to exclude many people based on another set of criteria.

A bipartisan bill introduced Monday will include a provision making it easier for investors to be considered an “accredited investor” for the purposes of investing in private securities. Taken from a bill that overwhelmingly passed last year, the provision put forward by House Financial Services Chairman Jeb Hensarling, a Texas Republican, and Maxine Waters, the California Democrat who’s ranking member, would modify the definition so that the Securities and Exchange Commission could allow those that “have qualifying education or experience.” Current rules limit investment to those who earn more than $200,000 a year or have more than $1 million in assets excluding their primary residence.

I know this is the United States and sometimes common sense is difficult, but why can’t we just let people self declare that they understand the risks and have the experience or knowledge in the investment area? A checkbox with a warning, and once the person declares they understand the rules then they are on their own. It is not that difficult, we do it for surgery, insurance, mortgages, and many other things already. Of course some people will always be confused, and there are cases where people misunderstand, but lets make it clear, and at least give the average person a bite at the apple! Or how about a simple online test from the SEC, you pass the test and you verify your identity. Once in the database as approved you then can invest, it really should not be that difficult.

There are plenty of intelligent people out there that know more about a certain topic (crypto, oil, biotech, real estate, etc) than a person who just happens to be wealthy. I believe it is unfair to exclude them if they want to invest. We should not give someone the advantage simply because they have a fat checkbook. While that does give a buffer, there are plenty of older (or simply unintelligent) wealthy people, who have lost everything they had to scammers or bad investments. So wealth does not equal intelligence. Just as I would argue being awarded a piece of paper from a college does not make someone automatically smarter than someone else who was not. There are both smart and not-so-smart people all around us, from all walks of life…

I intend to educate myself more on this topic and try to take some action. I started a simple petition here https://www.change.org/p/sec-commissioner-hester-m-peirce-expand-the-definition-of-accredited-investor-in-the-united-states-to-be-more-inclusive/ please sign and share on social media!

Maybe the Crypto community can get something going. Get in touch with a comment below if you want to join me making some noise about much needed changes to the law. Also take action on your own and email your legislators to make some changes. Keep checking back for updates!