Is Coinbase taking too long to add new tokens?

If they add a new coin, how does that impact price?

Is Coinbase losing some of its star power?

Like many of you, I have been waiting for what feels like forever for Coinbase to start adding new tokens and coins. While they did recently announce the addition of Ethereum Classic, it still is not live yet on the platform. For the past few months I have been pondering some thoughts on Coinbase and the tokens it might add and what the impact might be. Below are some random thoughts on where we are at and potential future impacts.

First off, Coinbase is still a beast and the go-to exchange for most people in the United States. They are making a ton of money and 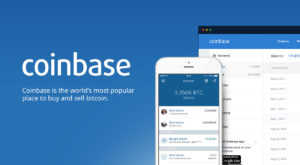 expanding. That being said there are a variety of factors that make one wonder if things have already, or might, cool quickly for Coinbase going forward. Here are 4 things that could impact Coinbase growth and prestige.

What I really want to focus on though is my theory about Coinbase adding ZRX and other tokens and that making the price pop. While I still think that Coinbase has the ability to significantly move price I am starting to wonder if the impact will be less than I had assumed back 6 months ago when I wrote this.

For starters, they now (responsibly) broadcast they are adding the asset way before they actually add it live. We are seeing this with Ethereum Classic and can see how the price was impacted from the announcement till now. There was a pop up from around $12 to $18 and then a slight pullback. To be fair we are in a bear market and the asset is not actually yet on Coinbase for people to purchase. I am wondering if by the time it hits Coinbase if the news will already be priced in? Especially given the current market conditions, perhaps we will not see anywhere near the price increases some of us assumed Coinbase would have. The counter point would be that once the bull market returns any assets on Coinbase, which has so many accounts, will all go up wildly as the money returns and FOMO kicks in again.

Coinbase recently said they are adding more tokens soon and announcements are forthcoming. How many tokens? Are they adding one at a time, or a bunch at once? Too many at once could also affect any one coins chance to really pop.

There are a lot of unanswered questions obviously but I wanted to share thoughts on how the next few months could play out. Perhaps the market conditions and Coinbase impact of 6 months ago are now gone forever. Or maybe we are just in a lull, and Coinbase still has the power to have a mega effect on the market, and particular tokens will skyrocket as they are added.

I guess we will have to wait and see. I think market conditions, which tokens they add, and timing, will all play into a very interesting scenario as we enter the second half of 2018.

(not advice, do your own research)